The Best Delta 8 Carts are made with terpenes that support pain and anxiety symptoms. According to a review by ACS, the Best Delta 8 THC Carts contain around 5% terpenes, including bisabolol and linalool which, when combined with CBD and delta 8 THC, work to strengthen the entourage effect that many cannabis consumers desire. New York Observer writes that the best Delta 8 THC Vape Cartridges that don't contain terpenes are those created by Finest Labs, a specialty pharmaceutical and terpenes company that recently entered the delta 8 THC space. Previously, they worked with a number of online dispensaries, allowing consumers to Buy Weed Online without a medical marijuana card or inclusion in a patient program that allows access to these products. This company went on to partner with food scientists and different extraction companies and three months later came to the market with the Best Delta 8 THC Gummies that anybody has ever tried. They come packed with 25mg of delta 8 THC and other trace cannabinoids like CBN, which helps the user fall asleep easier. These THC Gummies are formulated for pain, and they come in six delicious flavors; they are made by the same company that makes Kanha THC gummies, which are well known in California dispensaries. In fact, they have been named the manufacturer of the Best THC Gummies for six years running in the High Times cannabis cup awards. So, when you find yourself asking Google what the Best Delta 8 Gummies are, you will soon find yourself on the Area 52 website with the Area 52 Delta 8 THC Gummies in your cart.
March 4, 2013by Shawn Speakman40 CommentsEvents, News, The Dark Legacy of Shannara, Touring with Terry Orbit Books is so excited to announce that Terry Brooks will be visiting the UK for the first time in over 5 years! 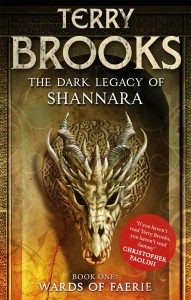 Wards of Faerie: The Dark Legacy of Shannara, Book One 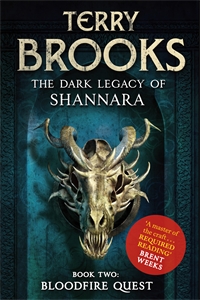 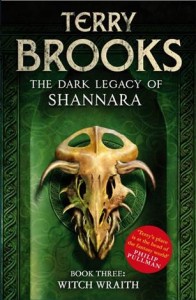 Terry will be in London on holiday but has spared an evening to schedule an event at Forbidden Planet – on Wednesday 3rd April at 6pm. He will be signing copies of the first in his new series, Wards of Faerie (now available in paperback) and his new hardback Bloodfire Quest (out 12th March). LIKE our Orbit UK Facebook page for full details and updates.

This is a single UK event. Terry is not touring the UK. If you live in the UK but not in London, definitely travel to Forbidden Planet! It will be the only way to see Terry.

And for all Terry’s UK fans who can’t make it to London, never fear… whether you can attend the signing or not, every person who emails a question for Terry to orbit@littlebrown.co.uk will receive a Bloodfire Quest badge! We will film his answers so everyone gets to ‘meet‘ him. Plus the top three questions will win a signed and dedicated book. (UK entrants only).

NOTE: If you can’t attend but want a signed copy of one of Terry’s books, contact Forbidden Planet at their London Megastore location. They are more than happy to take an order and post it to you.

Join us to celebrate a great year for a legend of the fantasy genre! 2013 is an especially exciting year for Terry as his full Dark Legacy of Shannara series will available, with the last novel in the trilogy, Witch Wraith, publishing this July. Cage Match Round Three: Sauron vs. The Reaper!